Innovatrombone is pleased to share with our trombonistic community the latest projects of the historical music ensemble Oniria, as well as the new release of a video clip and a CD. 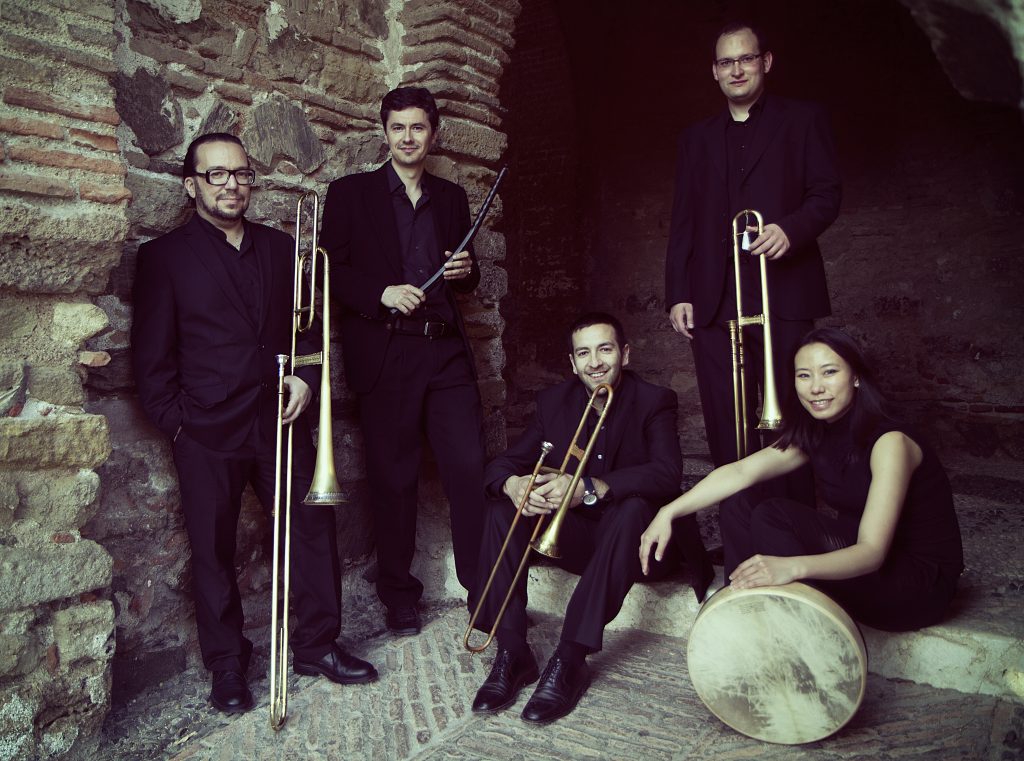 To find out more about Oniria’s career, we talked with the artistic director and member of the group, Dani Anarte.

Innovatrombone: Hello Dani, how are you?

Dani Anarte: Hello! Very good. Happy with this new project so exciting for us. Thank you very much for the welcome from the Innovatrombone community.

Innovatrombone: Tell us, where does the name of the Oniria group come from?

Dani Anarte: Well, it doesn’t really have much significance. It turns out that one of the members of the group, sharing a table after one of our first rehearsals, and talking about this and that, told us that if he had a daughter, he would very much like to call her Oniria. It seemed to me to be a very sonorous name, as well as being related to the world of dreams. We agreed that it would be a good letter of introduction: “doers” of dreams through music. In some cases, music that I had been sleeping and forgotten for many, many years in archives.

Videoclip of the historical music group ONIRIA interpreting the Motet to the Passion of N.S.J.C. by Juan Pérez Roldán (1604-1672).

Dani Anarte: The group, as is common in many historical music ensembles, adapts its formation to the type of repertoire it deals with, varying the members according to the project as we offer programmatic shows. Thirteen musicians participate in our new CD, whereas normally, in our live concerts we are four or five musicians. For the recording we were fortunate to have the collaboration of musicians very prominent in the field of early music as countertenor Gabriel Diaz, Paula Bieba at the vihuela and baroque guitar (who makes a couple of solo interventions), José Luis Sosa violone or Juan Ramon Hernandez baroque harp. Among the members of the group, we are lucky to have wind instrumentalists (as is logical in a set of minstrels), mainly sackbut like Carmelo Sosa, trombone soloist of the Banda Municipal de Sevilla; Manuel Quesada, trombone professor at the conservatory of Granada; Ramón Peñaranda, a historical of the sackbut in our country; Jacobo Díaz, professor of oboe at the conservatory of Seville to shawms and flutes, or the percussionist Eugenio García. All of them specifically trained in the world of historical music.

Innovatrombone: Your last CD was presented last June, please tell us about the project.

Dani Anarte: This is a monographic work, the only one in Europe and one of the few in the whole world (there is only one other monographic of an American group), about the music contained in the known codices of Huehuetenango. 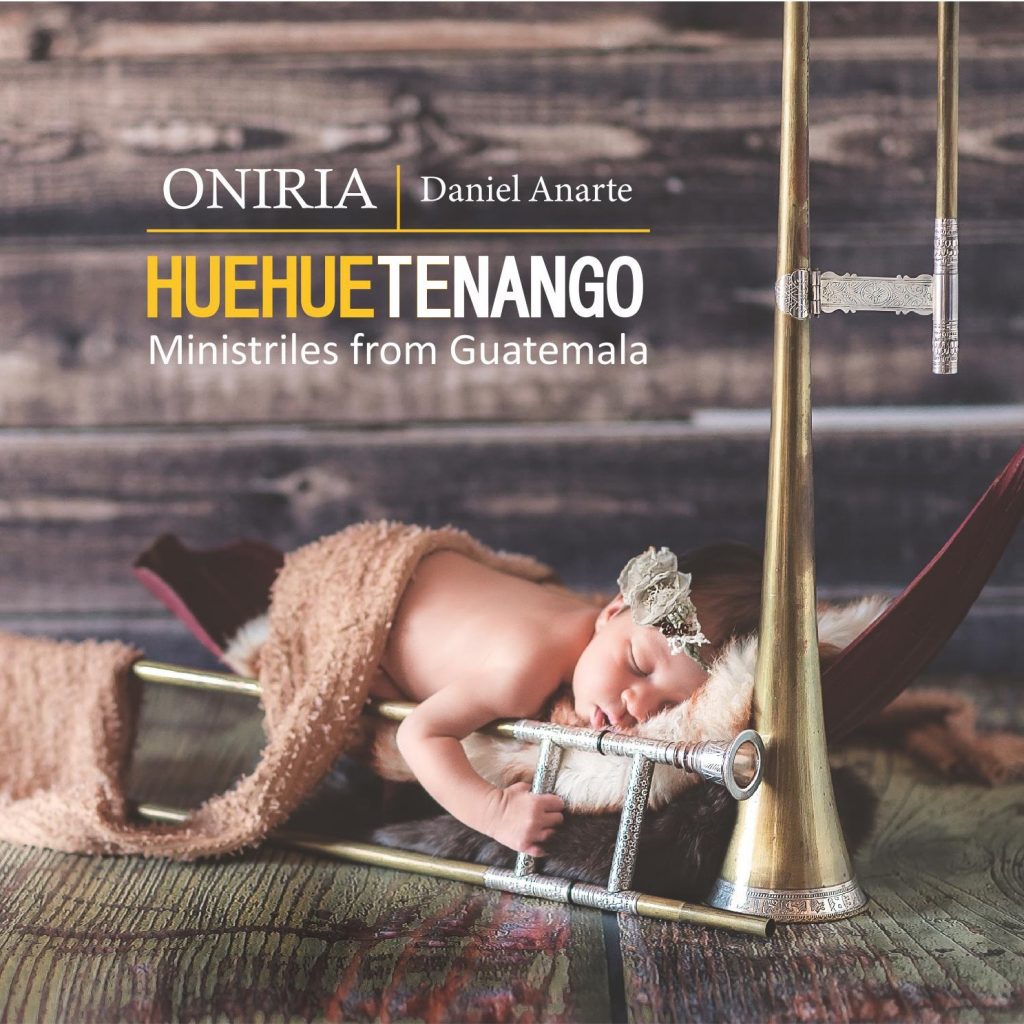 Huehuetenango is a region in the northwest of Guatemala, where Dominican missionaries, led by Fray Bartolomé de las Casas, made incursions to evangelize its inhabitants. As they were not very receptive to the religious, Fray Bartolomé and his family opted for music as a way of contact and rapprochement with the natives, being so successful that in many towns of this region different musical chapels were created. In the sixties, North American missionaries found a series of musical manuscripts in this region, in which about 350 pieces are collected, of which more than half do not contain lyrics (which can be considered instrumental music, such as the books known as ” for minstrels” from Lerma, Segovia, Publa -Mexico- or from the Manuel de Falla archive in Granada). In this collection, written by native hands, we find both versions of Spanish and European polyphony, as well as “original” music in vernacular languages such as Nahuatl, Jacalteco or Chuj, and even music in a language that has not been deciphered.

We make our own version of the music contained in these manuscripts, imagining what the shock would mean, in all senses, but especially in culture, for these civilizations. In addition, we contribute with the discovery of a new concordance, completely unknown until today: the inclusion of the Romance of the Moor of Antequera, attributed to Cristóbal de Morales, of which until now only the version contained in the Orphenic Lyra of Miguel de Fuenllana was known, in the Guatemalan codices.

Innovatrombone: We understand that in your performances and recordings you interpret music from the Renaissance and Baroque periods, do you have any predilection when it comes to programming your repertoire?

Dani Anarte: Without a doubt, we are interested in contextualizing the repertoire that we approach as much as possible. We like to play original music for sackbuts or minstrels preferably, and in this sense, the older it is, the better. Not because of anything, but because as we go back in time, it is more difficult to find certain musics that have survived the passage of time. I won’t even tell you about instrumental or specific music for sackbut. For this reason, the new video presented by Oniria brings together all these premises: it is very unknown music, very old and located in a fairly remote place for which this type of question is usual (it was not kept in the archives of a cathedral or anything similar), and it is original instrumental music.

Innovatrombone: We are sure that during all these years of history you keep some special memory, the recording of a CD, a concert…

Dani Anarte: Undoubtedly there are many good memories during these years of activity. Every concert, to share with people that you appreciate and admire something that you are so excited about and in which you have worked so hard, is a real pleasure. Of the different projects I participate in, Oniria is the one with which I feel most comfortable and identified. In the trombonistic field, perhaps mention that Oniria opened the International Trombone Festival Valencia 2015. The festival started on July 8th, but we did a “welcome” concert the afternoon before, at the San Pio V museum in Valencia. Within the scope of the group’s trajectory, perhaps the prizes obtained, for their quality: a prize for the best classical music video awarded by the Academia Music Award in the USA, and the National Ancient Music Prize GEMA for the best manager/representative of our beloved Caroline Astwood.

Innovatrombone: Well, it’s time to talk about your latest work, which by the way will be presented next Thursday, September 11. Please tell us the details of this launch.

Dani Anarte: Well, the work has been slow. Both the process of recording the CD and the videoclip. It’s a video that we could consider as “single” of the new album. The piece is called “Acorranaternum” and it is a music that if we interpreted it as it appears in the manuscripts, it would only last a few seconds. But I decided that the thematic material would appear and will be developed in the context of a chacona rhythm, to which are added a few brushstrokes of the Spanish bowling school with castanets and a rhythm that reminds … a bulería! In this case, instead of carrying out a gloss with wind instruments, I asked our sound technician Luis Gómez to make a solo for the flamenco guitar. I thought the result was spectacular.

On the technical level, the videoclip is made by Miguel Moebius, with Azahara Padial in the artistic direction and Rubén Losada, in charge of the shots with drones. After considering various options and stages, we decided to have some children and a cold place like a cemetery or something similar. Miguel wanted to express the contrast of the vitality of some children playing against the coldness of the environment, as if the children were the ghost of the happy experiences of the past, or what is impregnated with those memories. Finally, the location was made in an abandoned factory from the time of Malaga industry that is located in Maro (Nerja). It seems to me to be a super aesthetic work at all levels. We made a preview at the presentation of the CD at the Interactive Museum of Music in Malaga, and now we bring it out, already finished, so that everyone can enjoy it.

Innovatrombone: Congratulations Dani for all your work, it has been a pleasure to talk to you and we wish you and Oniria good luck with the release of your latest CD, as well as many successes in the future.

Dani Anarte: Thank you very much to all the Innovatrombone team, both for the invitation and the support, and for everything it represents for the trombonistic world. The pleasure has undoubtedly been mine. 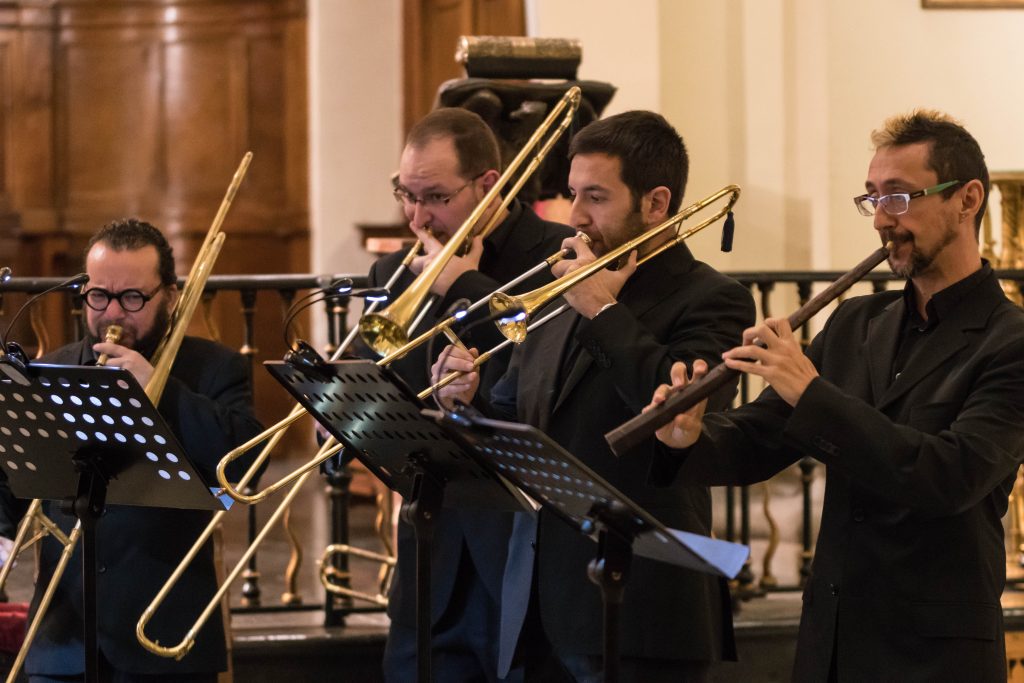 If you want more information about the Oniria group, you can access their profile in the Innovatrombone Ensembles section at the following link: : Oniria

The world of the trombone today is in mourning. Keith Brown...