Although unknown to many, the figure of Davis Shuman cannot go unnoticed because of his contributions to the trombone community. 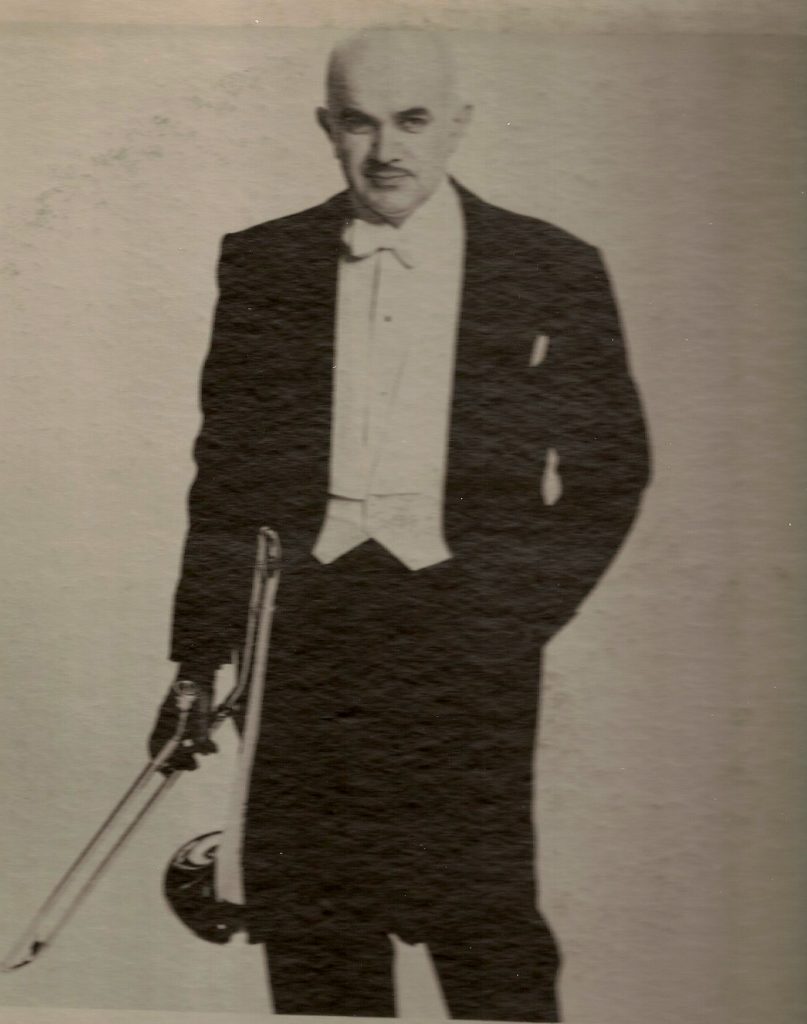 Born in 1912 in the Ukraine, he had to emigrate to the United States when the Russian Revolution broke out while still a child. Based in the state of Massachusetts, he began to play the trombone until he enrolled at Northeastern University in Boston, where he also studied civil engineering, which helped him to patent a trombone with some peculiarities different from what we are used to seeing today.

In Boston he had Jacob Raichman as a teacher who at that time also held the position of soloist in the orchestra of that city and who influenced Shuman’s style of playing as he came from two very marked schools, the French and the Russian. Davis Shuman was characterised by a narrow sound due to the small diameter of the pipes, a fast vibrato and a somewhat “rough” articulation, qualities that were not prevalent at that time (1940-1950) in a country where the Remington tradition of large calibre trombones, such as the Conn 88-H, predominated and would prevail, and therefore the sound and technical conception was different.

After finishing his studies in Boston he got a place as a trombone player in the State Symphony Orchestra although his concerns and desire to evolve took him to New York where he studied with Ernest Clarke in the Julliard School of Music and later on he succeeded him as a teacher after his death in 1947.

His stay in New York was to be very prolific, however he missed the fact that in Paris they were composing and playing a great deal of literature for solo trombone while on the other side of the Atlantic trombonists were more concerned with getting a stable job in an orchestra, ignoring the soloist facet. For this reason he contacted various composers with the aim of spreading and divulging a repertoire that until then had not had much presence in North American society.

Thus he commissioned, edited and premiered in the country, among others, Darius Milhaud’s Concertino d’Hiver op. 327 (1953),

which he composed on one of his trips between France and the United States, Rimsky Korsakov’s Trombone Concerto (first performed with its edition in 1952, and the Goldman Band) to which he modified octaves and articulations in some passages with respect to the original version, 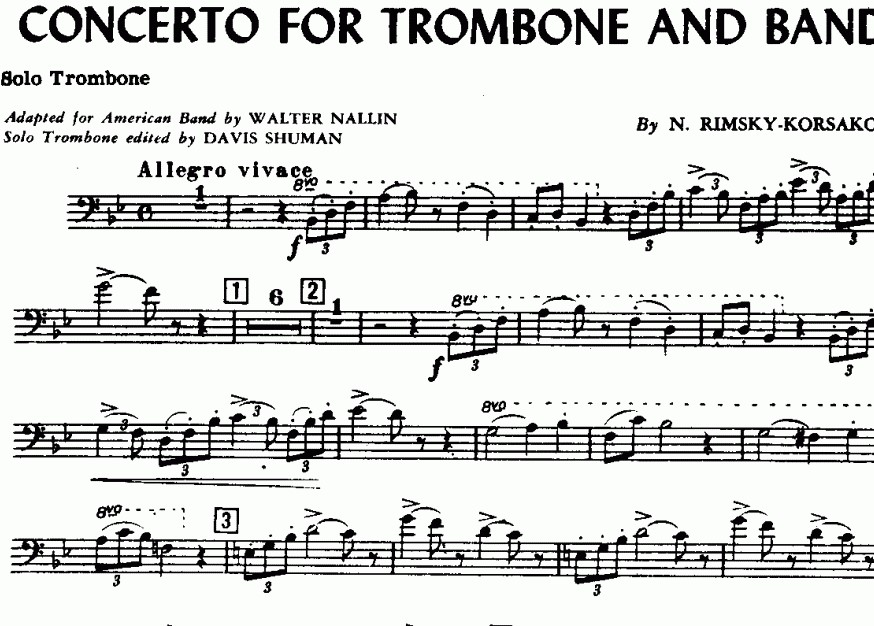 or the Sonata for Trombone and Piano (1941) by Paul Hindemith, a work he performed at the Julliard’s celebration of the composer’s 50th birthday, and which he included, along with other arrangements, in the first known long-duration recital for solo trombone on April 13, 1947, which took place at Town Hall and received excellent reviews from the New York Times. After this success, many composers opted to compose for Shuman, so that the presence of the trombone and the status of Shuman himself increased notably.

As a recording artist his production is also extensive, however it was only two works that had been commissioned by him that he managed to record. Among his other works are the Concertino for trombone and string quartet by Roger Goeb, monographs by Beethoven which he himself conducted, the first recordings of music for brass by Gabrieli and Pezel, the Sonata for trombone and piano by Paul Hindemith which he recorded on two occasions, or the Concertino by Rimsky Korsakov, which has probably been his best known work. 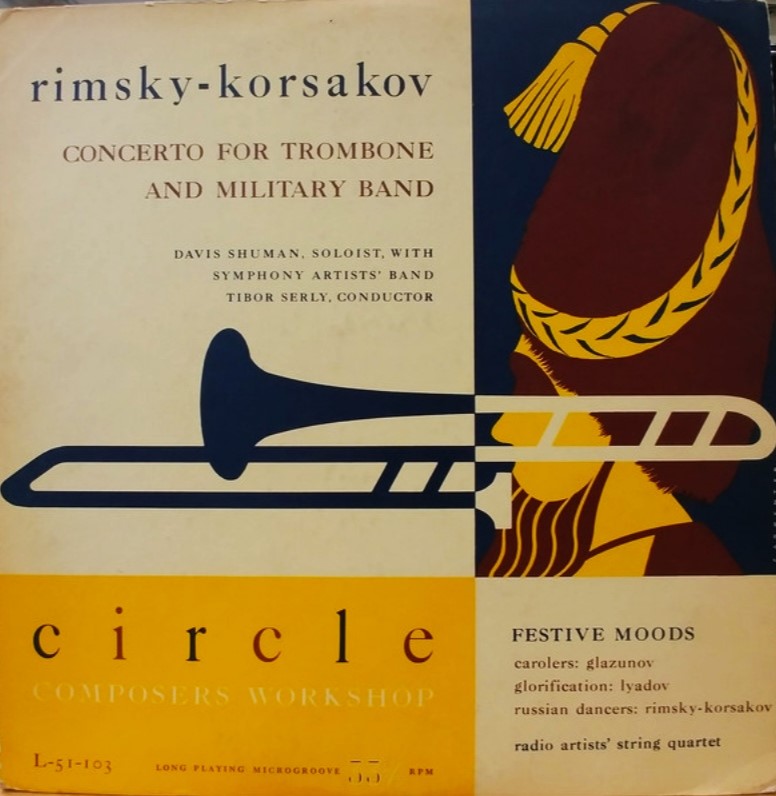 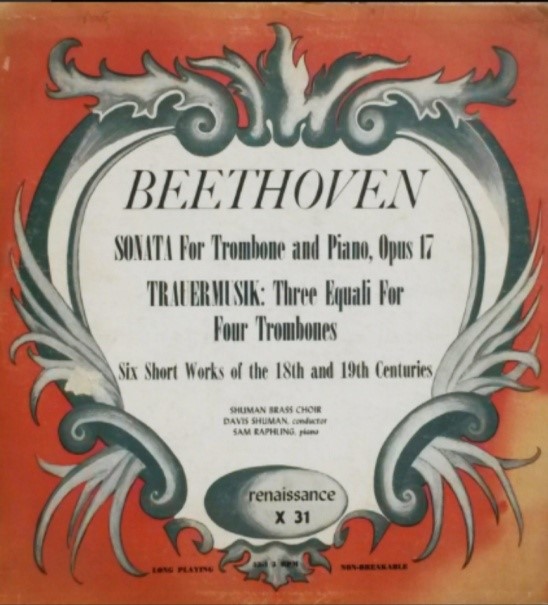 Taking advantage of the trombone boom and the engineering studies carried out, he presented in 1950 and patented on 16 February 1954 an ergonomic angular trombone to solve space and technical problems. The slide has always been, and currently is, parallel to the bell, sometimes proving quite uncomfortable for the trombonist due to the lack of space he usually has. He designed a system by which the slide was bent from the pipe opposite the hole where the mouthpiece is located to the bell assembly, forming an angle with it, so that the trombonist would save this problem since most of the time the location of the trombone in the orchestras or bands lacks sufficient space and it has to project its sound downwards or to one side. With this trombone, the difficulty of projection and space would be saved as the bell could be directed towards the conductor or the audience, and would avoid hitting the partner in front with the slide. 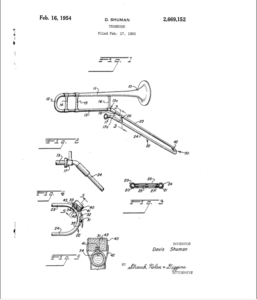 Another advantage of the slide being directed to one side is that the semi-lateral operation of the arm is easier and more natural, improving the stability of the trombonist because extending the arm horizontally (to the 7th position) causes certain imbalances in the mouth and therefore the sound is affected. 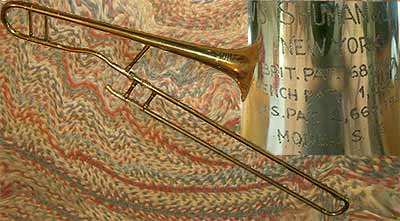 In the elbow of the slide, where the drain is located, Shuman also thought that he could provide an element that would improve the hygienic and scenic aspect of the trombonist. Thus, he devised a kind of bucket surrounding the drainage key whose interior was filled with some absorbent material such as cotton. In this way, when the saliva was deposited, it would activate the drainage system and the saliva would fall into the container, hiding its expulsion and improving the hygienic conditions of the hall. The absorbent material could be easily replaced after several uses. 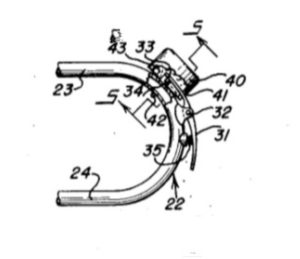 Influenced by Shuman in the Raichman tradition, the ergonomic angle trombone pipe will be narrow. 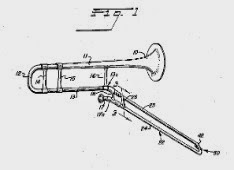 Davis Shuman died at the age of 54 as a result of a long illness. 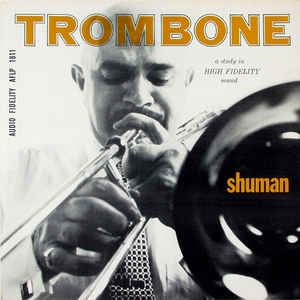 If you want to listen to Davis Shuman, click on the following link:

Davis Shuman, a pioneering and resourceful trombonist, an article by:

Professor of trombone at the Professional Conservatory of Music in Teruel, Spain

If you are a trombonist join our community, create a trombonist profile, manage your ads and videos at the following link:Register 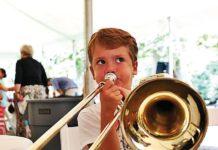 Passages and trombone solos in the Spanish band repertoire.