On October 27, 2018, the fourth edition of the Swiss Trombone Days Lucerna will take place, where Innovatrombone collaborator Jacques Mauger will be present. This edition will feature exciting workshops, first-class concerts and, of course, the largest trombone exhibition in Switzerland. The festival has new features, such as professional advice for nozzles, exhibitions and advice on instruments. René Hagmann, Thomas Lubitz (Yamaha) and different guest artists such as Samuel Blaser or Domenico Catalano will participate. This year also workshops are held on specific topics such as improvisation or the secrets of bass trombone.
With the great trombone choir, the festival offers everyone, large or small, beginners or professionals, the opportunity to perform in front of an audience with like-minded people and accompany the teachers.
And, of course, a first class final concert with UnglauBlech and the guest soloists Domenico Catalano and Samuel Blaser, as well as the soloist Jacques Mauger, who will present the world premiere of Jean-Francois Michel’s “majat” for solo trombone and quartet of trombone. Jacques Mauger will perform with the trombone quartet (Eastsliders). After being a soloist of the Nice Philharmonic Orchestra and soloist of the Orchestra of the National Opera Theater in Paris, Jacques Mauger has been an international concert artist since 1996 and has always promoted the trombone as a true instrument. He participated in many creations to expand the trombone repertoire and export French music abroad, both in Europe, Asia, South America and Australia. Many creations have been dedicated to him with different orchestral formations. Teaching is also an important part of your career. Professor at the Regional Conservatory of Rayonnement in Paris since 1994, as well as at the Accademia Santa Cecilia in Rome until 2004, visiting professor at Senzoku Gaquen University in Tokyo and currently professor at the HEM site in Geneva of Neuchâtel in Switzerland. will be a professor at the HEMU Lausanne on the site of Friborg from September 2012 by integrating the new brass section. Jacques Mauger also teaches courses of interpretation followed by many students who wish to improve in Europe, the United States, South America, China, Japan, Korea and Australia, etc. In 2008, Jacques Mauger joined Antoine Courtois Paris France and participated in the development of the new trombone model AC440. He also collaborates with Editions Alphonse Leduc Paris with his friend Jean-Michel Defaye in a literature collection of his instrument. Since 2012 Jacques Mauger is president of the Association of French trombonists.

Join our community by clickingaquí 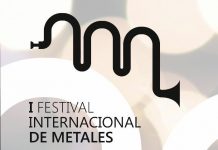 Innovatrombone presents the winners of its 1st Online Interpretation Contest. By...