From Innovatrombone we are pleased to inform our community of trombonists that during the month of December, specifically during the days 27, 28, 29 and 30, will be held the Miguel de la Fuente International Brass Festival in La Vall d’Uixó, Castellón, Spain.

To get to know the event firsthand, we were lucky enough to chat with its director and organiser, trombonist Félix García Peñarrubia. 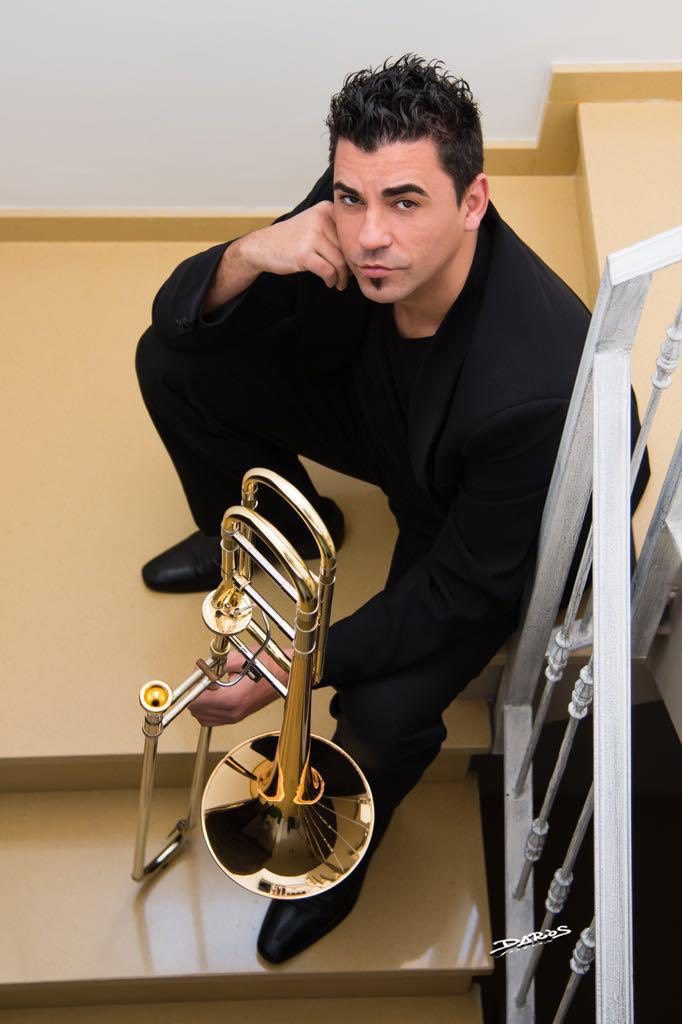 Félix García Peñarrubia begins his musical studies at the Ateneo Musical Schola Cantorum de la Vall d’Uixó with Miguel Arnau, Miguel de la Fuente and Francisco Cano. Afterwards, he entered the “Francesc Peñarroja” Professional Conservatory of Music in Vall d’Uixó with Professor Salvador Tarrasó, obtaining the highest grades in all the courses as well as the Elementary and Intermediate Honour awards in the speciality of Trombone and Honour Mention in Chamber Music. Student of the International Academy of Metals “Ciutat de Vila-real” with Professor Inda Bonet. He studied the Superior Grade at the Real Conservatorio Superior de Música de Madrid, with J.B Abad, where he obtained the Prize of Honor at the end of his career. He completed the Certificate of Pedagogical Aptitude at the Polytechnic University of Catalonia and Master in Aesthetics and Musical Creativity by the University of Valencia. In 1997 he obtained the title of trombone in the Youth Orchestra of the Mediterranean (OJM) through an audition. He toured Marseille, Paris, Alexandria, Cairo, Syria, Jordan and Lebanon, and recorded a CD. He has made courses of improvement with: Inda Bonet, Baltasar Perelló, Enrique Ferrando, Pedro Botías, Gilles Milliere, Jaques Mauger, Enrique Crespo, Dani Bonvin, Daniel Lassalle, Branimir Slokar, Christian Lindberg and Joseph Alessi, among others.

Félix García: Hello, thank you very much, for me it is a pleasure to be with you.

Innovatrombone: Tell us, how did you come up with the idea of organizing a festival of this magnitude?

The main idea of this festival is to develop music from a collaborative work between teachers and students who in addition to providing experience, knowledge, professional and personal relationships, will show all the technical and expressive possibilities of the family of brass. For this purpose, we have created an intense and varied programme with different “masterclasses”, rehearsals with Brass Band and concerts. 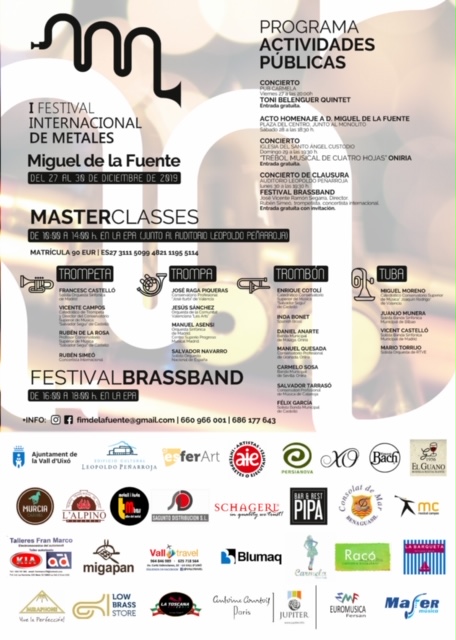 Innovatrombone: Can you please tell us in general terms what the attendees will find at the event?

Félix García: On the one hand, the students attending the Festival will be able to enjoy the master classes given by the teachers of their specialty (trumpet, horn, trombone and tuba), instrumental ensemble classes with the “Brassband Festival” and attendance at all the programmed public activities and active participation in the closing concert.

On the other hand, the general public will be able to enjoy all the concerts and the act of homage to Mr. Miguel de la Fuente.

Innovatrombone: Please talk to us about trombone teachers…

Félix García: Both the trombone teachers and the teachers of the other specialities that appear on the poster of the Festival are very great professionals and anything you can say about them falls short, as they are interpreters and pedagogues of recognised prestige both nationally and internationally.

The task of the teaching staff will be to give general technique classes, individual classes and above all, and most importantly, to transmit all their knowledge and experience to the students. 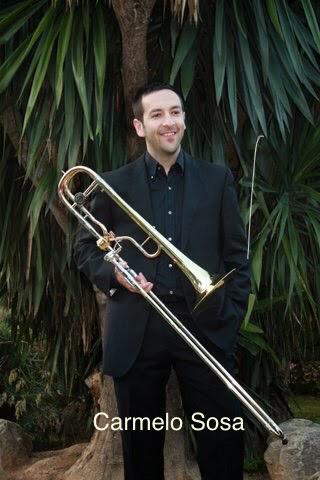 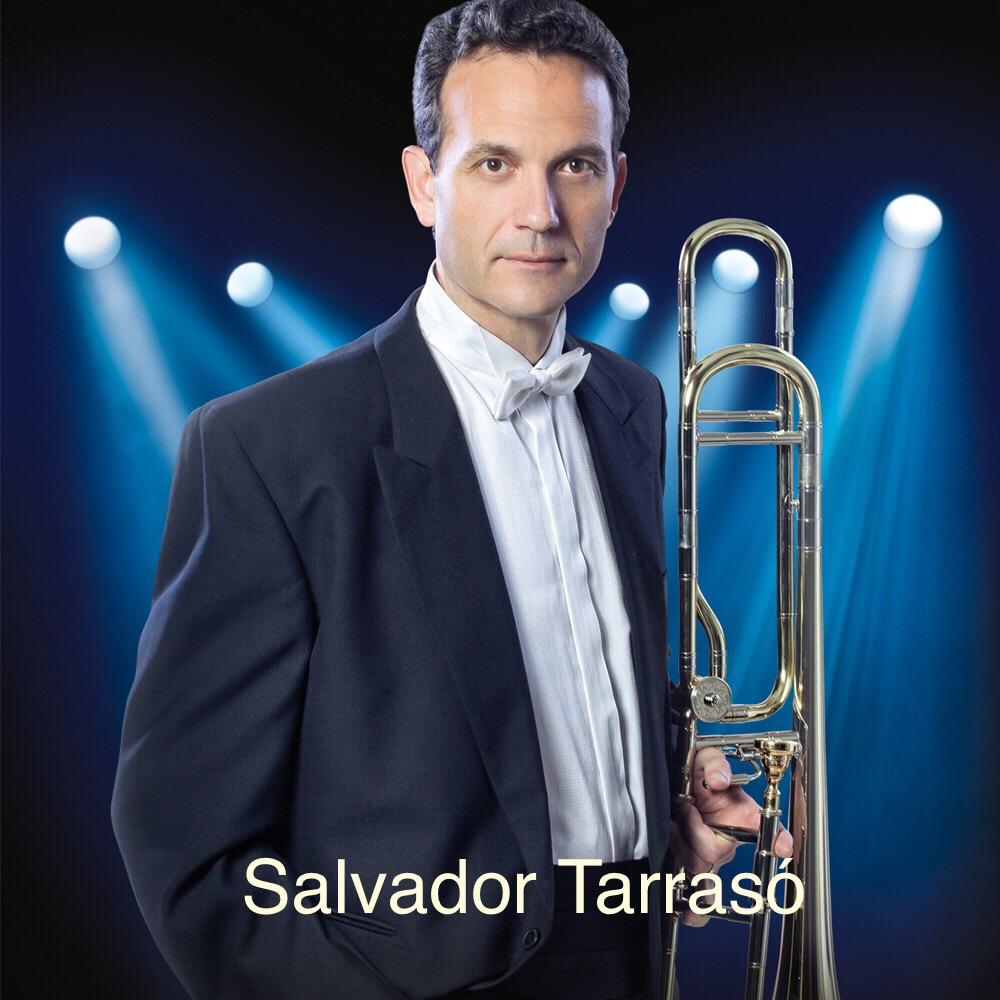 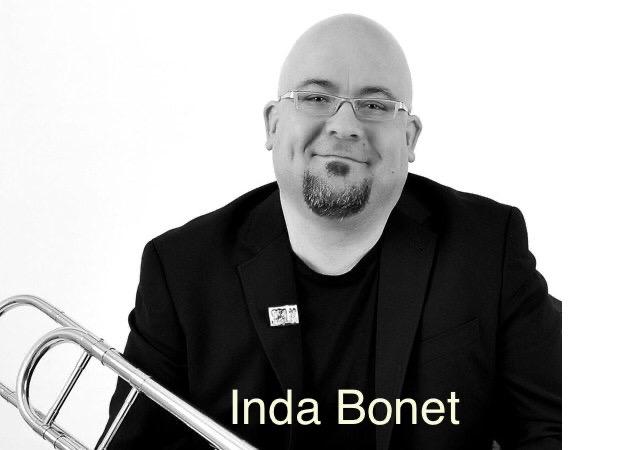 Enrique Cotolí: Professor of the Superior Conservatory of Music of Castellón. 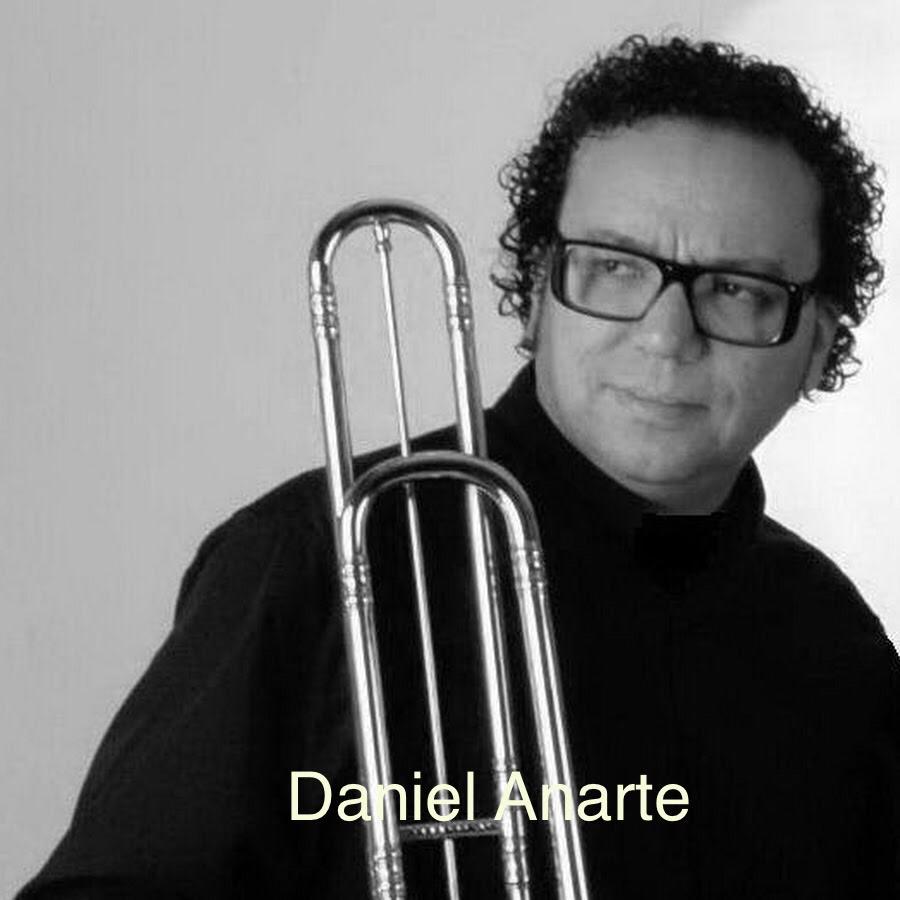 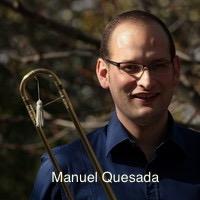 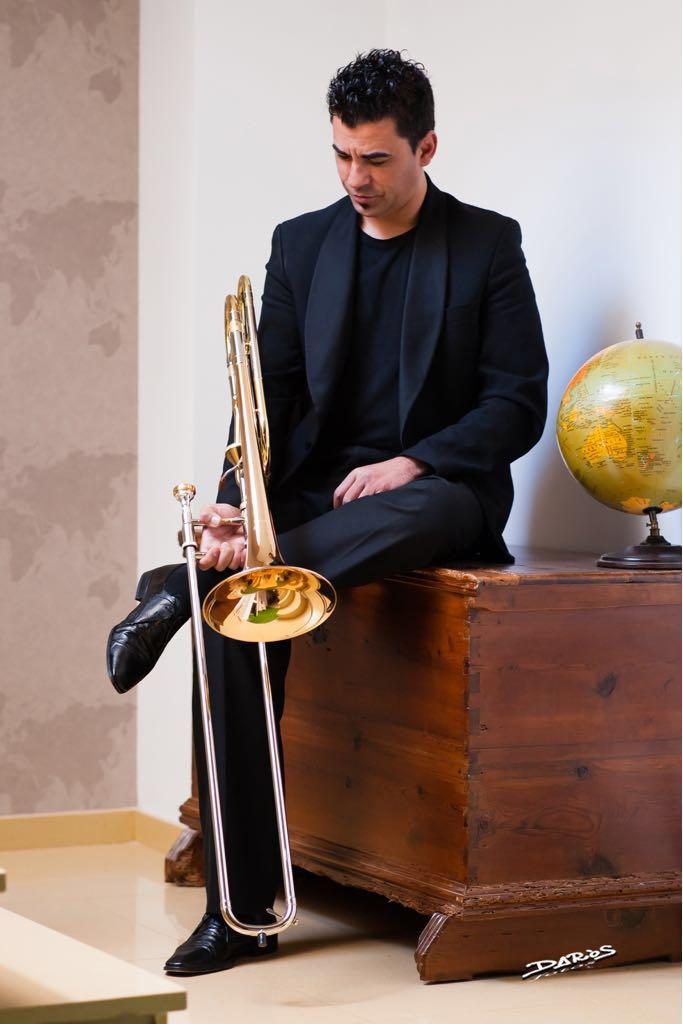 Innovatrombone: What kind of activities related to trombone outside of class can we find?

Félix García: On Friday 27 December at 20:00 hours we can attend a concert at the “Pub Carmela”, where we can listen to the great jazz trombonist Toni Belenguer, this time with the quintet that has its name. 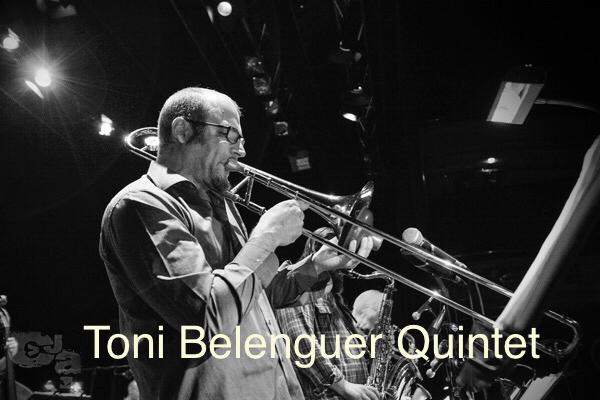 Admission is free until full capacity is reached.

On Saturday 28 December at 18:30 in the Plaza del Centro there will be a tribute to Miguel de la Fuente next to the monolith dedicated to his person. 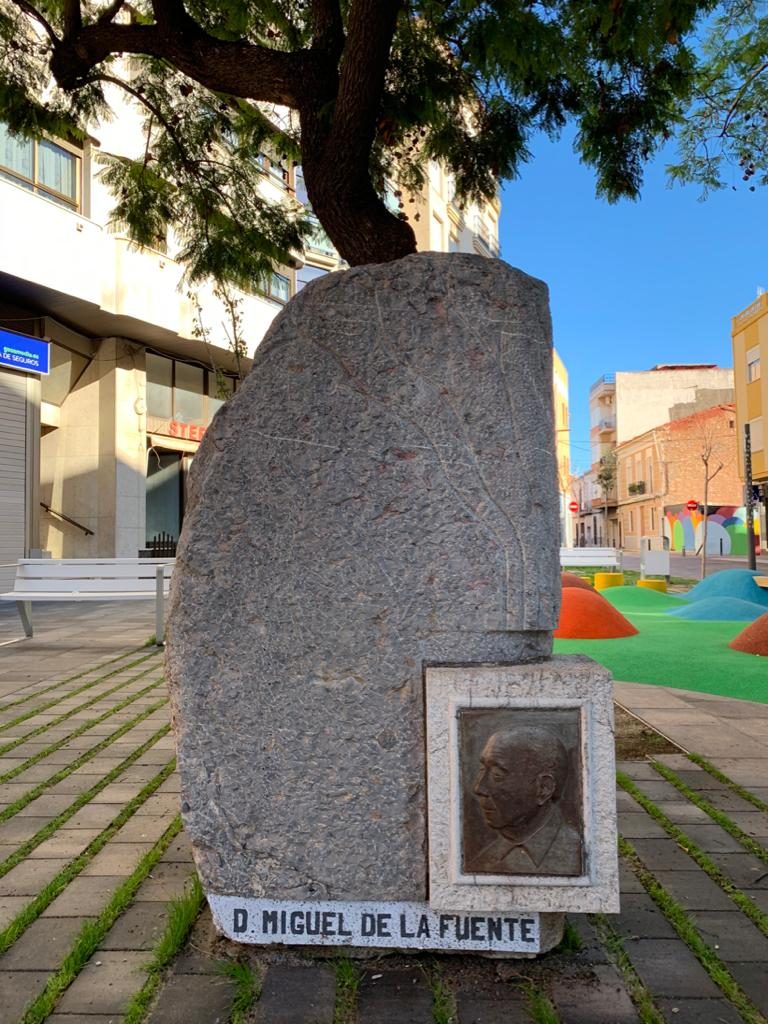 On Sunday 29 December at 19:30 hours in the Church of Santo Ángel Custodio there will be a very attractive concert of early music performed with sacabuche (predecessor of the current trombone) by our friends Daniel Anarte, Manuel Quesada and Carmelo Sosa, members of “Oniria”, where they will present us with an elaborate work offering us a recital called “Musical four-leaf clover”.

Admission is free of charge until full capacity is reached.

The closing concert will take place on Monday 30 December at 19:30 in the Auditorio Leopoldo Peñarroja. The concert will be given by the “Brassband Festival”, formed by teachers and students and directed by José Vicente Ramón Segarra. 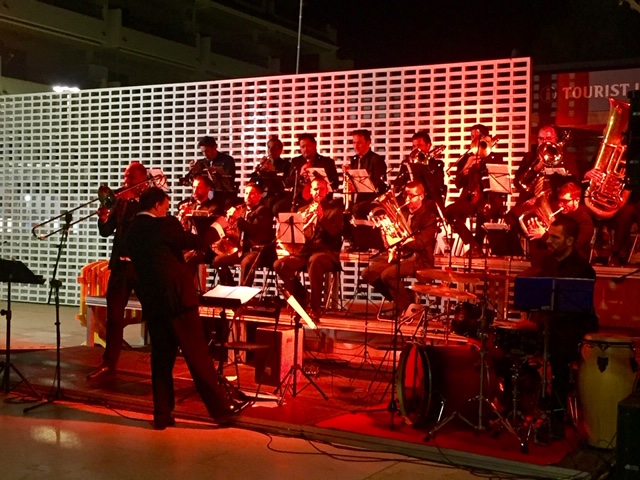 In the great closing concert we will have the stellar performance of the international trumpeter and concertist Rubén Simeó.

Admission will be free with invitation.

Invitations can be picked up at the Auditorium box office or booked by calling the telephone numbers that appear on the Festival poster.

Innovatrombone: It has been a pleasure to chat with you Félix, we wish you the best of luck for the I Festival de Metales D. Miguel de la Fuente and for your next projects, here you have your home to share all the information.

Félix García: The pleasure has been mine, I only have words of gratitude to the entire team of innovatrombone. Thank you very much for your attention and kindness.

To say goodbye we leave here the video invitation to the event of its director Felix Garcia:

This was the Requena Trombone Days 2018 festival. By Innovatrombone.