From Innovatrombone and in collaboration with the Latin American Trombone School, we are pleased to present the activity “Study Routine among Friends”

Next Tuesday May 26th we will have the presence of our friends and collaborators Alejandro Biot, Pedro Carrero and Alejandro Parra, to offer you an activity focused in a very special way.

Professor of trombone at the Camille Saint Saëns Conservatory and assistant professor at the CRR in Paris. 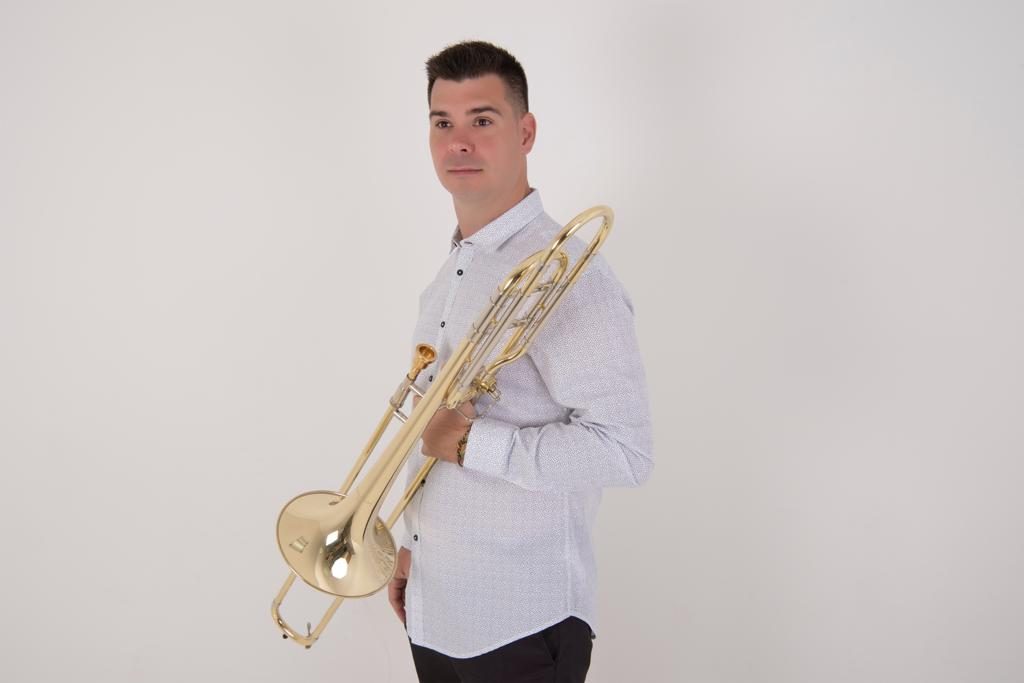 He has won several competitions: finalist in 2006 at the Concurso Ciutat de Xàtiva (Spain), winner of the Concurso Juvenil Villena (Spain) in 2008, as well as the Concurso Nacional de Trombón Les Clés d’Or in 20012 in Villemomble – Paris .

He currently teaches at the Camille Saint Saëns Conservatory in Paris, as well as at the CRR in Paris as an assistant professor.

Conductor – teacher at the National Trombone School and soloist trombone in the Simón Bolivar Orchestra of Venezuela. 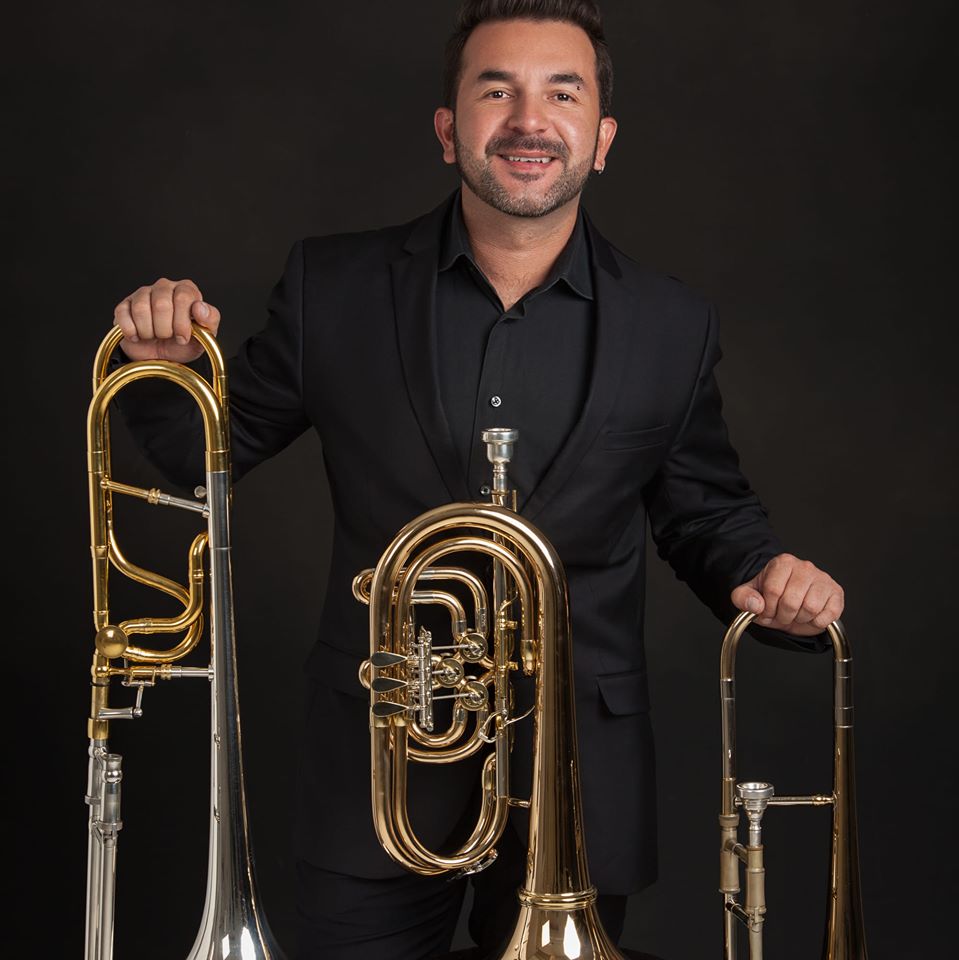 Considered one of the most outstanding and recognized trombonists in his country, he was born in San Cristóbal on January 27, 1982. Descending from a great and prestigious family of musicians, mostly trombonists, he began his musical studies at the age of 8 with his uncle and teacher Pablo Murillo.

In 1998 the Ministry of the Family and the Presidency of the Republic awarded him the Order “José Felis Rivas” in his 3rd class in recognition of his work for culture, that same year he was decorated in his hometown with the Order “Francisco Javier García de Hevia” in his 1st class, and in 2002 he received, along with his colleagues from the Simón Bolívar Brass Quintet, the Medal of Honor of the City of Sant Yreix, Limoge (France). Much of his work as an interpreter and teacher has taken him to several countries in the Americas, Europe and Asia.

Pedro Carrero is an exclusive artist of the prestigious Austrian brand “Schagerl”. 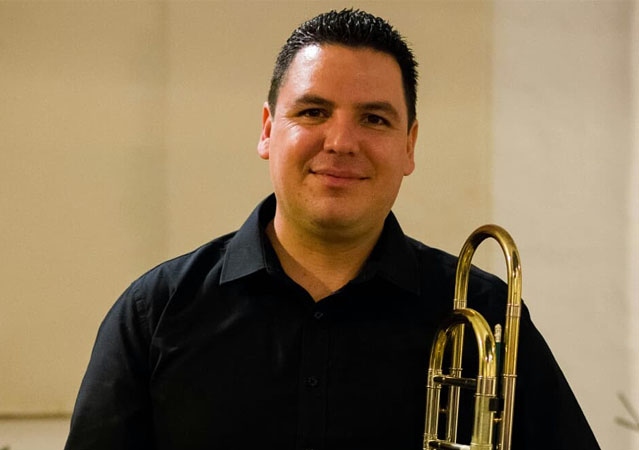 He has performed as a soloist with different orchestras of the province in Venezuela, participated as a soloist in the Winter Festival of Campos Do Jordao in Brazil, in this same festival he obtained a full scholarship to participate in the master class of trombone and orchestral conducting, Soloist in the Festival Trombonanza 2018 Santa Fe Argentina, participated in Tours and Concerts under the direction of Gustavo Dudamel, Tarcisio Barreto, Claudio Abado, Simon Rattle, Diego Matheuz, Christian Vázquez, Alfredo Rugeles, Mario Benzecry, Ignacio Calderón, Cesar Iván Lara, Roberto Minsuk, Ligia Amado, Rodolfo Saglimbeni, Enrique Arturo Diemecke. Participated in the premiere of the Opera “A Blossoming Tree” in Vienna, Austria.

Currently in Argentina, Director of Latin America Low Brass, trombonist in BonAires Brass Quintet, Director and Professor in the Youth and Children’s Orchestra Program of the Province of Buenos Aires. Trombonist hired at the Colon Theatre Opera House under the direction of Ulises Marino, Marcelo Ayub and Ezequiel Silberstein, Extra Trombone with the Stable Orchestra of the same Theatre, Trombonist of the Posaunenchor Temperley under the direction of Trombonist Heini Schenebeli, Trombone with Avellaneda Big Band. He participated as a trombonist and guest conductor in the Latin Vox Machine Orchestra, presenting a fanfare committed to the Venezuelan migration in Argentina. He has given Master Class Trombone in the Ministry of Education of Argentina, conferences and training for the best performance in wind instruments.

The Friends Study Routine is aimed at trombonists of all levels, and will be broadcast live from our Facebook page at the time listed below.

The duration of the routine is programmed to be one hour long.

At the end of the activity there will be a turn for questions from our audience.

Dear friends of Innovatrombone, see you next Tuesday! Thank you! 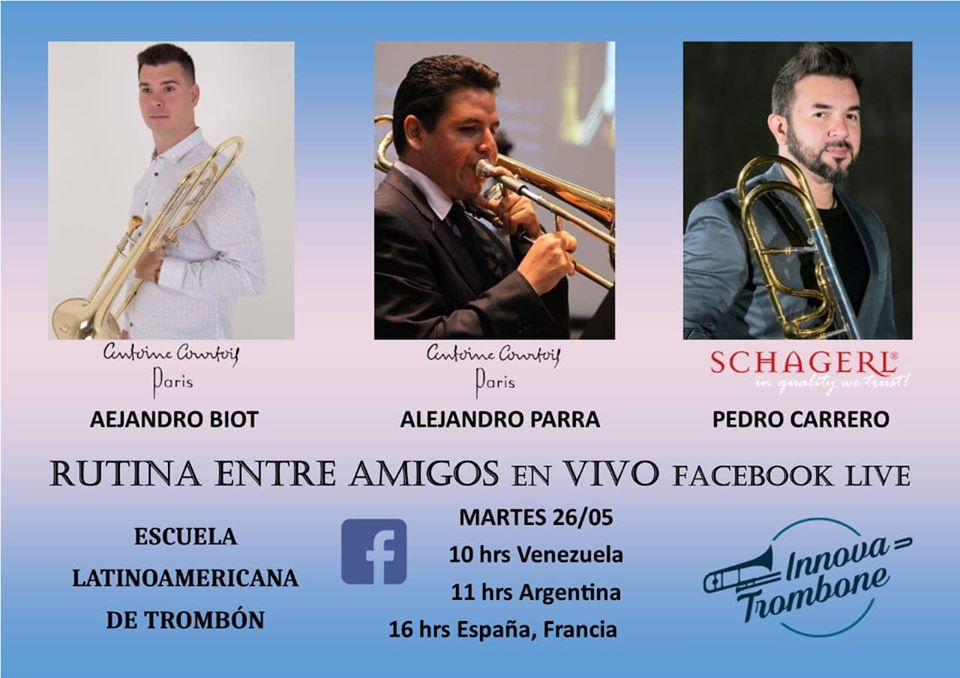 If you are a trombonist join our community, create your trombone profile, manage your ads and videos at the following link: :Registration