American music is heard in Paris and Jacques Mauger has been part of it. On Thursday 29 and Friday 30 March, two concerts were held in the auditoriums of the CRR in Paris and Boulogne Billancourt, in which the French trombonist participated accompanied by the Harmony Orchestra of the Conservatory and the PSPBB Paris, directed by Philippe Ferro. 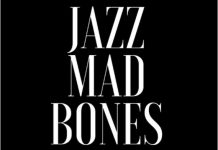